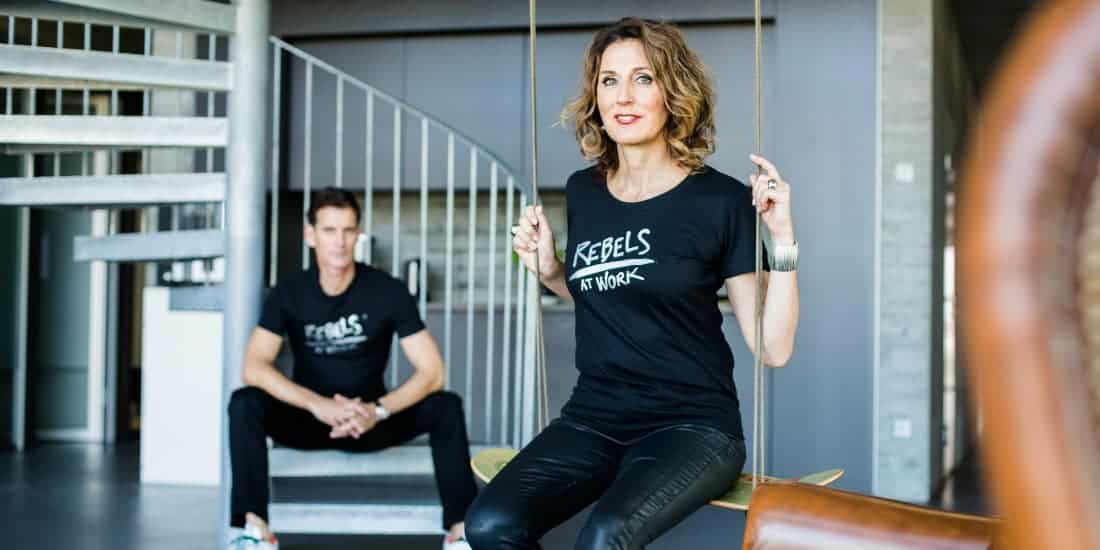 The future needs activists who generate the dissonance required to break up routines and thought patterns. These activists, we call them Rebels at Work, are responsible members of the organization, and they are also a source of new ideas and transformation.

They challenge the status quo in two ways: first, by refusing to automatically bend to the majority and second, by making intentional acts to unbalance the status quo.

In that sense, they are nonconformists and agents of change.

What exactly is the common characteristic of these activists and rebels? The American jazz pianist and management professor Frank Barrett created a term for it in his book „Yes to the mess“. He calls it provocative competence.

Provocative competence is the capacity “to create the discrepancies and dissonances that trigger people to move away from habitual positions and repetitive patterns.” It means “consciously junking structure to let new order emerge,” and turning away from “your own ingrained habits and the forms and formulae that have been forced upon you.”

Careful! It is not that simple. It is not about being against something purely as a matter of principle. It is about the best of both worlds:

1) Being JUST COMPETENT isn’t enough.
That constitutes average, solid, professionally faultless work that is absolutely fine, but will not create sparkle in the eyes of the members of team and certainly not in the eyes of the customer.

2) Being JUST PROVOCATIVE isn’t enough.
In this case, the generation of dissonance loses its purpose, is just for the sake of making a ruckus, and thereby creates a self-serving purpose.

It is a matter of embracing the duality:
Being COMPETENT – thorough, business-minded, accountable. And at the same time being PROVOCATIVE – challenging, questioning, surprising, imaginative.

That’s why we love the term “provocative competence.” By the way, jazz is a prime example of it: great musicans, such as Duke Ellington and Miles Davis, managed to “outwit their learned habits by putting themselves in unfamiliar musical situations demanding novel responses,” says Barrett.

Provocative competence is much more than a metaphor. It is a methodology that can be applied equally effectively in jazz and in management. Barrett suggests three points for its implementation that we particularly like:

The first step is an affirmative move

Encourage people to take a risk and do something they might not otherwise do. But in practice it often looks different: the philosophy of playing it safe rules. Anyone seeking the unconventional, imaging the unimagined, runs the risk of colliding with the existing rules and norms of the organization. But in the digital age you have to be able to imagine bold alternatives to the status quo. Without the capability to imagine and design radical new business concepts, a company will be unable to escape decaying strategies. The response to the future’s unpredictability is to think differently. Learn to see different, learn to be different, and you will discover new horizonts.

The next step involves conscious disruption of routines

Value is not created by endlessly repeating old patterns, but by recognizing new ones and finding answers to challenging questions. It is important to recognize that it is about disrupting routines just enough to stimulate change. However, there is a fine line between too much and just about right. Bosses who try to be constantly provocative are annoying and will be ignored sooner or later. Thus, tempo and timing are important. Sometimes small stimuli such as a change of workspace, different allocation of tasks, job rotation, a change in customer allocation, different meeting room set ups, or new team compositions can be helpful stimuli.

This is the next step. Employees should actively get involved by trying something out. In this process they will discover that, to paraphrase Martin Walser, the road opens up for those who dare to take a step.

Provocative Competence is a Requirement for All

At the core of value creation are individuals who cleverly question routines, attack conventional wisdom, challenge dogmas to find new opportunities, discover new insights, dare to experiment, analyze mistakes, and start over again. In this context, provocative competence is not some idealistic utopia for screwballs, but simply logical.